A Revisit Of Every PlayStation Console Launch Before The PS5 Launch

‘Do not underestimate the Power of PlayStation’

Sony has been soaring high for quite some time now. It’s would not be wrong to say, with the massive sales of the PlayStation 4, that the company is moving towards the next generation in fine form, yet almost everything surrounding the following PS5 console is still shrouded in mystery.

With the Nintendo Switch selling like hotcakes and Microsoft preparing to go to war once more through its Xbox One Series X, speculation has been rampant with just what Sony has in box for the PlayStation 5.

To give us a preview of what Sony has planned for its next-gen hardware, and when the official launch might take place, we’re looking back at every basic PlayStation console launch. Whatsoever is on the horizon, one thing can be sure: ‘Do not undervalue the Power of PlayStation’.

Sony made its first appearance in the videogame space after famously falling out with Nintendo on a joint project called the Play Station when the latter cancelled a last-minute deal to partner with Philips.

Though Nintendo had accidentally created one of its biggest competitors as Sony and (and future Sony Computer Entertainment CEO) Ken Kutaragi resumed working on their own PlayStation console, with Kutaragi proving fundamental in the console’s unique design. Choosing for a CD-Rom drive instead of cartridges helped set the model apart from the competition and smoothed the way for all the Sony systems going forward.

Sony’s first major conference came in the shape of a keynote speech at the first-ever E3 (Electronic Entertainment Expo) in 1995, as the company devised its final plans before its North American launch. Succeeding the retail price of the Sega Saturn at $399, Sony Interactive Entertainment president Steve Race came to the stage to speak the single word “$299”, before leaving straightaway. And just like that, the first triumph moment to ignite the console war fire was started, changing history forever.

Following the 100 million-plus sales of the PlayStation, Sony was in good form leading up to its successor.

Announced on March 1, 1999, with numerous selected parties being presented the product behind closed doors at E3 1999, it wasn’t till Tokyo Game Show in September of that year that the PlayStation 2 was fully revealed by, then Sony Computer Entertainment America Chief Executive, Ken Kutaragi.

2005 was a weird time in gaming. While the Xbox 360 was announced through an MTV Special (with a Killers concert halfway), Sony revisited to E3 once more for an unusual PlayStation 3 showcase that directed on “target renders”, a Batarang-shaped Sixaxis controller, a precise rubber duck demo (carried by now Google Stadia VP Phil Harrison) and numerous ambitious promises that never came to fruition.

The strange E3 showcase was presented by Sony chairman and co-CEO Kazuo “Kaz” Hirai on May 16, 2005. In spite of the PlayStation 3 release date being still over a year away, games such as Killzone 2, Fight Night Round 4 and MotorStorm were all given a presence.

It wasn’t till the following E3 that the notorious price of $599 was revealed along with the notorious soundbites“Giant enemy crab” and “Riddddddge Racer”. The PlayStation 3 launch is still something that disturbs Sony to this day.

Retreating from E3 for the first time, Sony’s PlayStation 4 announcement was live-streamed worldwide from the first PlayStation Meeting event in New York on February 20, 2013, with SIE president and global Chief Executive Andrew House running the show.

Though, it was PS4 designer Mark Cerny that lifted the cover on many features, technical specifications and the DualShock 4 controller.

More than two hours long, the jam-packed night saw Square Enix, Ubisoft, Activision, Blizzard and Capcom all come together to show their support for the new model – not to say Sony’s own lineup of studios. Many games were given stage time too, including Knack, Watch Dogs, The Witness and Killzone Shadow Fall.

Sony then went back to E3 in June later that year to unveil the actual look of the PlayStation 4 in addition to its more welcoming pricing structure. 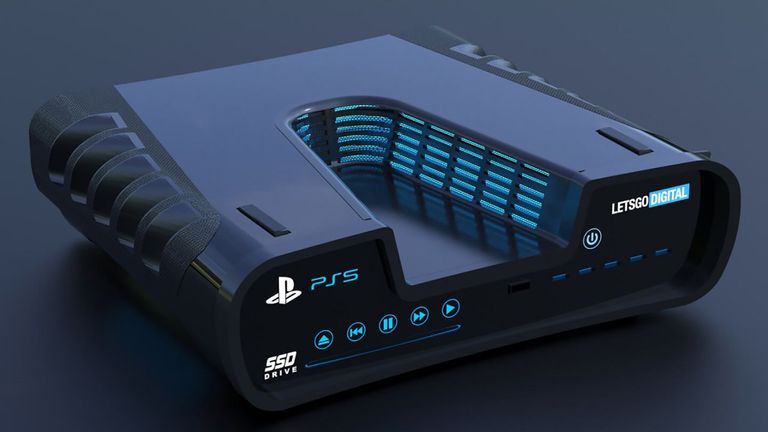 Seven years after the PS4’s release and Sony is prepared to launch the PlayStation 5 in late 2020. Mark Cerny has again been put in the driving seat to design the new device, but a public event hasn’t been confirmed yet – so we’re still largely in the dark about main aspects of the next-gen console.

With Sony avoiding E3 for the second year running, it seems possible that the majority of details will be revealed sometime soon. But it does appear that this time around, Sony is doing things on its own conditions.

Several disclosures have suggested that the PS5 reveal will take place in the coming few weeks, most likely in February or March. But, with no official statement of an event from Sony, it’s worth thinking that the company may choose to skip a live event altogether and in its place take advantage of its Nintendo Direct-style State of Play videos – issuing a reveal rather than putting on a showcase.

Anyway, the PlayStation 5 reveal should throw some light on details such as specs, design and price. On the games front, sequels to Sony exclusives Horizon: Spider-Man, Zero Dawn and God of War are all expected to be teased in some way, on top of further third-party support. Will we see Rocksteady’s new game? Knack 3? Naughty Dog’s next project? The possibilities are infinite, and we can’t wait to find out.

Here’s What I Think Of Apple Card After Using It For Three ...